Journalism Isn’t What It Used to Be – Part III

When I worked for a student newspaper and then years later served as the faculty advisor for another, one of the favorite editions of the year was the April Fool’s Day issue because the student journalists could make up “news” without concern of repercussions.  Well, in today’s journalistic world, some newspaper staffs seem to think every day is a good day to invent the news.

The dilemma in the July 17 edition of the Orlando Sentinel continues to blur the lines between news and opinions.  Under the headline “From the mouths of coaches: Let the interviews begin” there is a nearly full-page section that features separate boxes and photos with the five prominent Division I football coaches in the state.  Each includes questions and answers that are shown in quotations.  It was not until reading an amazingly inappropriate quote attributed to Jim Leavitt of South Florida that I went back to the top of the page and read the last line of the introductory paragraph that says:  “Here are some questions they’re likely to be asked by the scribes and our offerings for how the coaches might answer (with our tongues firmly planted in cheek on some of them).”

I believe that there is a time and place for satire, but it is not on the front cover of a prominent national publication (a topic for another day) or on a page in the local sports section that is not clearly marked as being a satire, commentary or opinion. 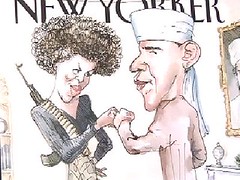 There was a time when making up quotes and attributing them to a person was something that would potentially be considered libelous and at the very least would lead to dismissal of the reporter and possibly even a lawsuit.  However, times seem to have changed to the point where if reporters can’t get their subjects to say something interesting, then they will just make it up themselves.  I’m as willing to change things for the better as anyone, but that is one change that desperately needs to be reversed before it brings down what little credibility the journalism profession still possesses.

That’s all I have for now, but I would love to hear any other examples you might have seen of how journalism today just isn’t what it used to be.

How Much Should I Spend on Public Relations Services?

by Dan Ward, APR, CPRC We may have thought we’d be completely back to normal by now, but COVID-19 had other ideas... Read More »